At the end of January I examined in an article on this blog what I regard as the most important aspects for successful company transactions. The following interview focuses on this topic again – especially on the importance of communication. 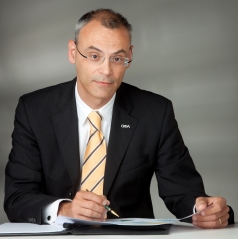 Mr Beyß, how many mergers and acquisitions have you handled, and what was your key insight?

Beyß: I was involved in about half a dozen acquisitions right from the beginning. The target companies were mostly medium-sized and managed by their owners. The main insight I have gained is very simple: Communication is key.

What do you believe to be the most common mistakes in the post-merger integration phase?

Beyß: The term “post-merger integration phase” suggests that integration does not start until after the merger. That is wrong. The mistake which has the most disastrous consequences is to start planning for the PMI phase only after the purchase agreement has been signed. Many managers wrongly think that, once they have bought a new company, they only need to integrate it into the existing structures. That is not PMI planning.

What are some negative examples you have seen?

Beyß: People often try to reduce PMI planning to checklists. They tick all boxes and believe that nothing can go wrong now. However, they are often mistaken. Any acquired company needs to be a strategic fit and help to expand the business. But corporate culture is key, too. If corporate cultures are too different, it is simply not possible to integrate the acquired company. This fact is often neglected.

What is particularly important in this context?

Beyß: What managers simply regard as an acquisition, may trigger not only hopes and expectations, but also worries about the future among employees. Concerns and worries surface when people are not involved in the upcoming decision procedures. It is therefore important to explain the reasoning behind any decisions. If the desire for information is not met by open and active communication, people will tend to look for their own explanations and interpretations – usually on the basis of insufficient information. This will lead to widespread speculation and rumours.

Does this apply to all sectors?

Beyß: Manufacturing companies, sales companies and pure engineering companies all have one thing in common: they are based on people – people who have the relevant know-how. While the management usually knows the key performers, the other employees contribute to a company’s success, too. It is therefore important to understand which employees hold key knowledge and how they are best motivated.

There seem to be some typical mistakes in the PMI phase. Is there an easy formula for avoiding them?

Beyß: That would be nice. Unfortunately, things are not quite that easy. It is probably impossible to avoid mistakes. However, it is possible to minimise them. That, at least, is my experience with acquisitions. It helps if two principles are observed: openness and honesty.

That should be self-evident.

Beyß: Yes. However, these principles are often violated. And that has disastrous consequences. What would you think if you learned tomorrow that your company was to be sold? You would certainly want to know what was going to happen next, what the management planned for the future and what the short to medium-term targets looked like. You would wonder whether your company was to be broken up, whether your department would be merged with another department or relocated or what other important decisions might be taken.

What should be done?

Beyß: It is very important to involve the top management of the target company ahead of the acquisition. If two companies do not fit, neither of the parties involved enjoys the experience – and that does reduce the chance of future success. That is why the acquiring company should present its goals to the top management of the acquisition candidate and discuss them. All talks should focus on one topic: the joint future of the two companies. How is it possible to ensure that 1+1 really equals 2 and not 1 ½? That is one of the core tasks of the new management. These discussions should not take place in an atmosphere of “acquiring versus sold company”. Rather, both partners should try and write a new chapter of corporate history and jointly master a new challenge.

What do you recommend?

Beyß: Involve the future management early on – and I am talking about both the acquiring and the acquired company. Let these people jointly develop a plan for the future. That helps to reduce worries which might weigh on corporate sentiment and to optimally unfold the potential of the new company.